Platinum selling songwriter and record producer, Steve Wilmot, is best known for his forward-thinking melodic approach to songwriting and production.

Wilmot has co-written many hit songs with American pop-rock band, OneRepublic, including "Kids" and "Better" from their 2016 album, Oh My My, which peaked at #3 on the Billboard 200 chart.

Wilmot has also collaborated with many notable artists, such as U2, Peter Gabriel, Switchfoot, and many others. 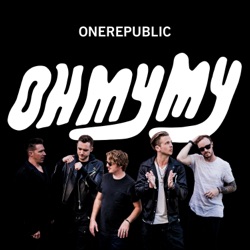