After putting out their third album Native – a 2013 release that debuted at #4 on the Billboard® Top 200 chart and has sold over 5 million units worldwide – OneRepublic spent more than two years traveling the world in a series of sold-out tours. During that time, the Grammy® Award-nominated quintet hit 154 cities in 26 countries and – true to their standing as a singularly global rock band – drew major musical inspiration from each place they visited. As lead singer/songwriter Ryan Tedder transformed that inspiration into new songwriting material, OneRepublic soon began the brilliantly whirlwind process of recording their fourth album all across the planet.

The follow-up to Native (whose host of smash singles include “Counting Stars,” a #1 hit in 54 countries), Oh My My came to life in nearly 20 cities around the world, including Rio, Moscow, Mexico City, Tokyo, Paris, and London. From track to track, OneRepublic – which features bassist Brent Kutzle, guitarists Zach Filkins and Drew Brown, and drummer Eddie Fisher – parallel the extraordinary scope of the album’s creation by blending alt-rock, gospel, synth-pop, nu-disco, and folk. With its abundance of sweeping, stadium-ready anthems, Oh My My shapes those eclectic elements into songs build on both masterfully expansive arrangements and bravely intimate lyrics.

A Grammy® Award-winning songwriter and producer who’s worked with the likes of Adele, Taylor Swift, Beyoncé, and U2, Tedder co-produced Oh My My along with Kutzle, Noel Zancanella (Ellie Goulding, Maroon 5, Ariana Grande), and Benny Blanco (Passion Pit, Charli XCX, Rihanna). With the help of a mobile production rig, Tedder sculpted the album’s vibrant and vital sound in part by channeling the kinetic energy that came from OneRepublic’s immersing themselves in the local culture of their ever-changing surroundings. To that end, Oh My My features such flourishes as clap patterns recorded in Moscow’s Red Square, the percussive footwork of flamenco dancers in Madrid, and the bells of Big Ben in London. In a first for the band, Oh My My also boasts a dazzling lineup of guest artists, including Peter Gabriel, Santigold, French electronic duo Cassius, and Romy Madley Croft of The xx.

For all its worldly sensibilities, Oh My My delivers decidedly timeless songs that connect on a deeply personal level. On “Let’s Hurt Tonight,” OneRepublic open with an excursion into earthly folk that soon unfolds into an epic love song powered by Tedder’s soulful vocals and tenderly piercing lyrics (“They say love is pain/Well, darling let’s hurt tonight”). A more lighthearted but no less irresistible ode to romance, Oh My My’s title track has OneRepublic joining forces with Cassius for a joyfully lovesick dance number complete with glossed-up synth and bass-heavy grooves. And on “Kids,” Tedder turns his affection to a beloved childhood friend and fellow “perfect disaster,” merging synth-pop textures with coming-of-age storytelling in a bittersweet meditation on the great adventure of growing older (“I refuse to look back thinking days were better/Just because they’re younger days”).

With Tedder again proving himself a warmly insightful songwriter closely attuned to modern-day tensions, OneRepublic also confront certain of-the-moment matters throughout Oh My My. On “A.I.”, with its heady beats and dizzying synth, Peter Gabriel lends his strikingly ethereal vocals to an unnerving but infectiously up-tempo reflection on relationships in a social-media-crazed era (“I just want my love automatic”). One of the album’s most darkly charged moments, the elegantly frenetic “Better” finds Tedder perfectly conveying the crushing pressure of trying to thrive in a 24/7 culture. Ultimately infused with a profoundly hopeful spirit, Oh My My also offers tracks like “Future Looks Good”: a piano-laced message of gratitude from Tedder to his children (“You are the future, and the future looks good”), wrapped up in crystalline guitar tones and hypnotic beats provided by one of Brazil’s most famed percussionists.

Further revealing OneRepublic’s sonic and emotional range, Oh My My expands into moody, otherworldly alt-rock on “Fingertips” (a track co-written by The xx’s Romy Madley Croft and featuring her delicately haunting guitar work). On “NbHD,” Tedder teams up with Santigold for a gloriously anthemic duet that feels both futuristic and instantly classic. And with the sublimely hymnlike piano ballad “Choke,” OneRepublic weave graceful gospel harmonies into a soul-stirring portrait of sudden loss and its aftermath.

Unabashed emotion and indelible melody have always propelled the music of OneRepublic, who released their first full-length Dreaming Out Loud in 2007. That album included the Colorado Springs-bred band’s debut single “Apologize” – a Grammy® Award-nominated, multi-platinum-selling track that long held the distinction of being the biggest radio airplay hit in the history of Billboard’s® Mainstream Top 40 chart. OneRepublic next followed Dreaming Out Loud with Waking Up, a 2009 album that produced three singles: “All the Right Moves,” “Secrets,” and “Good Life.”

The release of Native followed in 2013 and featured the hit singles “If I Lose Myself,” “Love Runs Out,” “I Lived,” and “Counting Stars.” With more than 10 million units of “Counting Stars” sold, the song’s video has racked up more than 1.4 billion hits on YouTube and now stands as one of the site’s top 20 most viewed videos of all time.

The latest offering from OneRepublic’s spirited foray into video-making, “Kids” was shot in Mexico City in the midst of the band’s global travels. Sweetly romantic and undeniably feel-good, the video captures such sites as the Angel of Independence and the Monument to the Revolution all in a stunning single take.

As Oh My My makes its debut, OneRepublic are now setting their sights on another journey across the globe. With extensive touring set for the new year, the band looks forward to bringing their new music back to the very places where it first came to life. 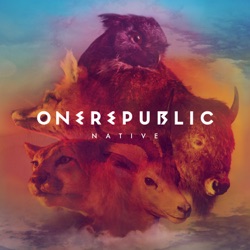 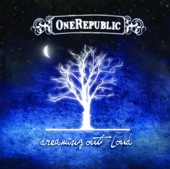